Why Skin Color is correlated with Intelligence

but what about the Pyramids ? well the Pharaohs were white - the slaves were black.

In all countries where blacks and whites shared the land there were ever only two outcomes - either whites ruled blacks or blacks killed off the whites. usually both - first the former then the latter.

there is simply no evidence that blacks are capable of governing themselves nor is there any evidence that they are able to live among whites without eventually slaughtering them all.

but blacks are just one race, and this thread isn’t about race - it’s about skin color.

this is not debatable - it’s a fact.

what is debatable is why this is the case ? the chance that this is a coincidence is roughly zero. what is the mechanism ?

well many years ago i developed a theory that can explain this phenomenon, and so far nobody has been able to ( or in fact even tried ) to falsify it. maybe you can be the first to prove me wrong ! 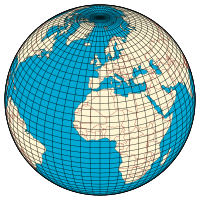 In geography, latitude is a geographic coordinate that specifies the north–south position of a point on the Earth's surface. Latitude is an angle (defined below) which ranges from 0° at the Equator to 90° (North or South) at the poles. Lines of constant latitude, or parallels, run east–west as circles parallel to the equator. Latitude is used together with longitude to specify the precise location of features on the surface of the Earth. On its own, the term latitude should be taken to be the geo...

YES IN FACT IT DOES.

have you ever heard of heat stroke ? that’s when the body overheats and brain is turned off to avoid death. why does this happen ?

it happens because the brain is the hottest running organ in the body. nerve cells are the most energy hungry cells in the body - this is why when circulation is poor you get nerve pain - because nerves are the first cells to run out of energy when blood flow is restricted and energy supply is limited.

brain being an area of concentrated nerve cells is not only the most energy hungry organ in the body but also the hottest organ requiring the most cooling.

it may be tempting to move down to Florida to enjoy that DeSantis freedom, year round good weather etc … but keep in mind - Florida is not that far from Caribbean … as in CARIBBEAN GENOCIDE. 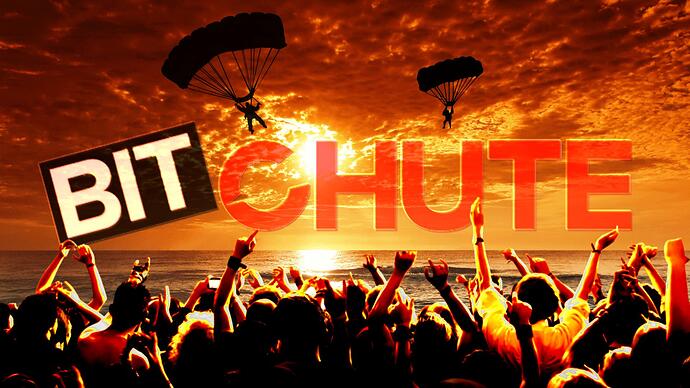 BitChute aims to put creators first and provide them with a service that they can use to flourish and express their ideas freely.

the smart money is on staying in a climate as cold as you can stand without it adversely affecting your health. if a climate is so cold that you stay indoors instead of being outdoors and active then you should move south.

You could run tests with whites and blacks in cold and hot climates to see how it affects reaction time, shape recognition etc.

Better yet, one could see if it is possible to analyse data that already exists through the lens of race.

it’s not just intelligence but also physical build as well.

blacks are thinner to stay cool and run fast.

whites are thicker to conserve heat and carry building materials.

this is why track and field is dominated by blacks

but powerlifting by whites.

there is nothing to test - this isn’t astrophysics.

we can’t even discuss the science of Vaccines in the open anymore do you really think anybody would be allowed to study the IQ gap between races ?

at some point just have to think for yourself.

The physical and intellectual differences are obvious and need no study, regardless of reasons.

But you have hypothesised a particular cause.

So it would be good to test your hypothesis linking climate directly with IQ with existing data. If one could get a hold of that data and break it down by climate and skin colour, that would be useful.

Is this possible? To get a hold of such data…unlikely.

I once read that scientists hooked up the pleasure centres of a homo’s brain in the 70s to make him attracted to women. They did readings with the prostitute they hired before stimulating his pleasure centres, and after, and concluded the experiment was a success. They wouldn’t allow that today.

I once read that scientists hooked up the pleasure centres of a homo’s brain in the 70s to make him attracted to women. They did readings with the prostitute they hired before stimulating his pleasure centres, and after, and concluded the experiment was a success. They wouldn’t allow that today.

funny you mention that because Fauci actually did this …

But you have hypothesised a particular cause.

So it would be good to test your hypothesis linking climate directly with IQ with existing data. If one could get a hold of that data and break it down by climate and skin colour, that would be useful.

feminists actually tried to fight this saying it discriminates against women because men being larger can withstand the cold better.

this isn’t really all that theoretical …

No…interesting. It would be good to see studies on that. Is it the cold, or the slight discomfort, akin to a hard chair, that makes them more productive?

No…interesting. It would be good to see studies on that. Is it the cold, or the slight discomfort, akin to a hard chair, that makes them more productive?

it’s seeing the hard nipples of their female coworkers.

but they do 3 things basically:

the blue lighting makes it impossible to sleep.

i never really considered the possibility that chairs are uncomfortable on purpose … it’s possible i suppose.

regardless, work is going remote so it’s sort of irrelevant now … 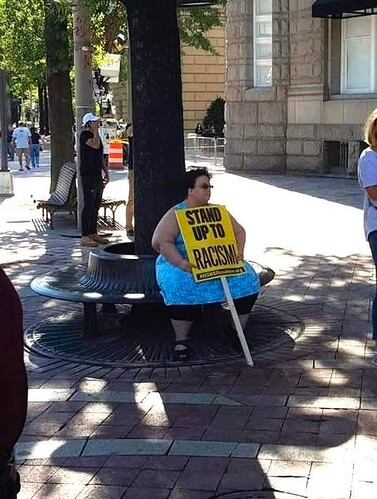 in the US there is an average of about 500 deaths per year due to cold and 1,300 due to heat stroke. cold may cost you nose, ears and fingers but heat will straight up KILL you. because cold attacks the extremities ( where most of our senses are ) but heat attacks the brain and other vital organs ( where we feel relatively little ). this is why intuitively people assume cold is the bigger threat ( because they can feel it ) … they are wrong.

i almost died once by holding my breath underwater. in fact it was a miracle i was resuscitated. when you hold your breath underwater everything is fine until suddenly you realize that you’re dead. it is instant - your mind just suddenly switches off. heat stroke has got to be similar. cold is very different - you will realize you can’t feel your nose, fingers and ears hours before you actually die because when it comes to cold your vital organs fail last. when it comes to heat they fail first. and when it comes to holding your breath your consciousness is the first thing to go - then you suddenly find yourself in a sort of a nightmare where you realize what happened ( you drowned ) but there is nothing you can do about it. i will have the unfortunate distinction of dying twice in this life because i have already been dead once but i’m still going to have to do it again someday.

No…no…no.
Never tried the holding the breath underwater thing…
But drowning is intensely painful…it is though Arnold Schwarzenegger is in your chest trying to break out of your ribs.
You breathe…water…the pain urges you up and forward, and this cycle continues.
Like a ball bouncing less and less and less, you weaken…
bit by burning bit…inexorably…until you are at the bottom looking up.
And then…then the pain stops.

As for heat, you can acclimatise…the cold is…different.
You can be so cold, you feel it inside you…ice in your bones…
You feel your thoughts slowing, your movement sluggish, your body obeying reluctantly.