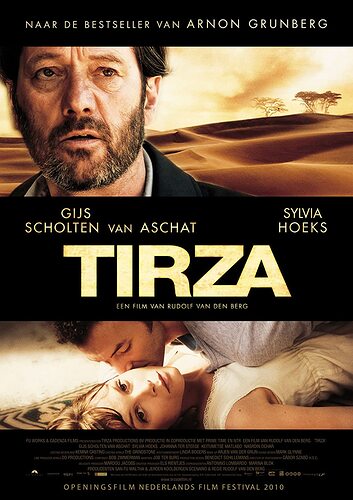 i just woke up.

i’m actually surprised i woke up - i was half expecting to die in my sleep after watching it or become institutionalized. as i was sleeping i felt like i was losing my mind and i wasn’t trying to fight it - i had accepted that it was going to happen. then when i finally woke up i was completely fine and i was genuinely surprised by that - somewhat euphoric like after a near death experience such as a car accident. 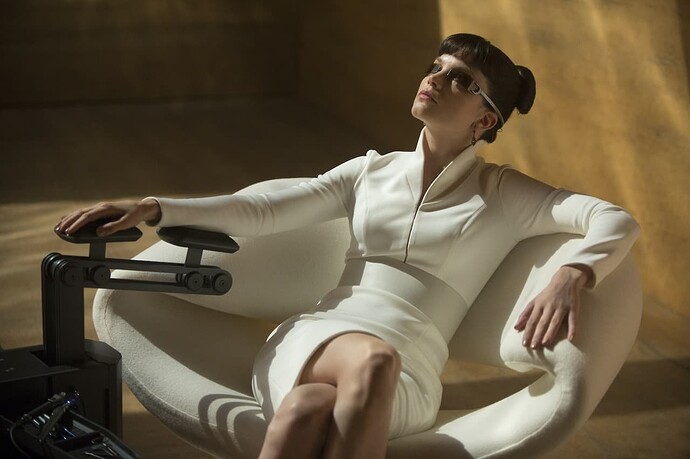 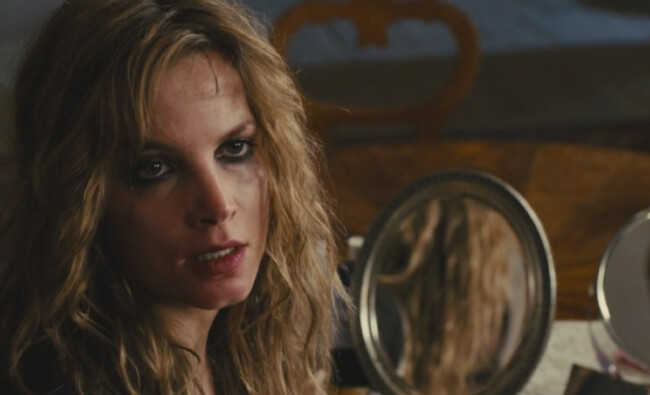 at AZNUDE i came across a disturbing scene from Tirza ( 2010 ) which is neither a sex scene nor does it have graphic nudity but is so messed up i knew i had to see the movie !

this movie is quite hard to find - you would be lucky to download it for free with good image quality. personally i rented it from Amazon Prime. for $2.99 amazon gives you 30 days to start watching and then 48 hours to finish watching once you started under the “rent” purchase option. there is a “buy” option as well which costs more but i went with the “rent” option.

this was the first time i used Amazon Prime to watch a movie but i can definitely see myself doing it again. it was actually a little difficult to purchase the film. i watched the film on my Sony “smart” TV which runs Google TV software and has Amazon Prime Video app with dedicated button on the remote … but there is no way to purchase the video from the TV ! ! !

i was also unable to purchase it from my phone using either Amazon Prime Video or Amazon Shopping apps.

i was ONLY able to purchase the video from my windows PC by logging into Amazon through a browser … once that was done i had to reload the page on the app on the TV and the film was available for viewing - from that point on it was smooth sailing.

basically you have to buy or rent the movie on amazon web page using the browser FIRST and THEN go and find it on your smart TV’s “amazon prime video” app … it’s not hard but i was surprised you can’t order the movie from the app that is used to watch it !

Amazon Prime Video is a very different proposition from Netflix … whereas the appeal of Netflix is original shows the appeal of Amazon Prime Video is it has films you can’t find anywhere else. Yes you pay PER FILM instead of a monthly rate so it’s a bad deal for somebody like my mother who doesn’t really care what to watch but it’s a life saver for somebody like me who discovers some obscure film on the internet and wants to see it with high definition.

Amazon Prime Video gets a thumbs up from me. Amazon “gets it” so to speak. They understand that the point of internet is to have infinite selection. They must have learned it from selling books. SPOTIFY also gets it. NETFLIX on other hand is ABSOLUTE TRASH. Netflix didn’t have 90% of even mainstream movies i wanted to watch and has almost NONE of the rare films i wanted to watch. Netflix is all about forcing you to watch the trash they produce themselves. Sorry Netflix but that isn’t happening - go fuck yourselves !

back to Tirza ( 2010 ) … although the movie is obscure and is partially in DUTCH language the production and image quality are excellent. it is an indie film in subject matter but not in production quality. apparently the powers that be funded it for their own sick pleasure. in Europe they seem pretty open about that - they put it in the credits who paid for the film - whereas in America films actually have to make money which is why they suck so much because to make money the film must appeal to the average dumb kid that goes to movie theaters so every film is about some comics superheroes or some other equally retarded shit.

Hoeks as Tirza speaks entirely in DUTCH which is her first language … The main character is Tirza’s father who speaks a 50/50 mix of Dutch and English in the movie … Hoeks herself speaks English, French, German and Dutch but in “Tirza” she only speaks Dutch just like in Blade Runner she only speaks English.

I don’t want to give away too many plot points but i will give you an idea of how dark this movie is - in one scene Tirza’s father is telling a 9 year old child prostitute in Namibia how he used to fuck his black maid in the ass and make her lick the shit off his dick and how that was the best therapy he’s ever had … in another scene he reads a passage to Tirza from a Russian philosopher who argues that the worst mistake anybody can make in life is live past the age of 40 … he reads it just after hitting retirement age himself … he CONSTANTLY talks about how Alcohol is medicine for washing away shame and is drinking pretty much the entire movie … the movie starts with him getting forced into retirement … he loses his life savings to a scam and his wife leaves him … but those things are literally the least of his worries ! The only thing he cares about is his younger daughter Tirza …

here is Tirza playing cello for her father: 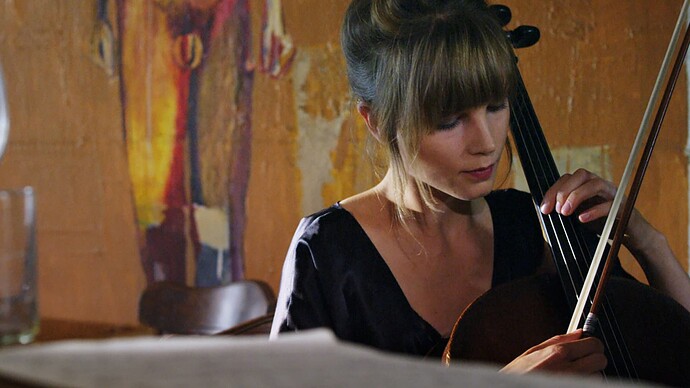 you should be getting the idea

if i knew how good the movie would be maybe i would have bought it instead of “renting” … but there was no way to know. i assumed that since the movie has been around for over a decade and nobody knows about it that it must be bad. i wanted to see it anyway because i knew it would be messed up and it had young Sylvia Hoeks in it. but i had no idea just how messed up it would be !

as far as Trigger warnings for @marlon yeah this movie will be pretty rough on him most likely. after all it’s about a father of two children in a dysfunctional family. as i watched the film i just kept thinking how lucky i am to be completely alone without wife or kids ! of course this is precisely why the globalists funded this movie in the first place - to make family unthinkable - but without globalist funding you get Marvel Comics - choose your poison !

if you want an idea of how obscure this movie is i was the first one to give it a rating on Movielens. there were ZERO ratings. if it wasn’t for AZNUDE ( dot com ) i never would have found it.

which begs the question … maybe that is really how one should look for movies ?

i’m re-watching but i only have a few hours left of my 48 hour rent and i have to go to the gym !

i wish i had purchased it instead of renting !

Really? Never thought of that…how so?

Really? Never thought of that…how so?

wedding movie fonts are usually pink with curvy letters that look like they came out of a cartoon about some Disney princess.

you could probably train an AI to recognize movie genre with almost 100% accuracy from the font used.

it’s the same how you can also tell from the music if somebody is about to get stabbed etc.

emotions can be embedded into almost anything …

anyway i just got back from the gym.

i have just enough time to re-watch Tirza before my rent runs out of the clock.

this renting stuff is dicey …

the best i can explain “Tirza” is it’s like “Lolita”, “Antichrist”, “Walkabout” and “Fight Club” in one movie.

i have come up with 3 possible reasons why nobody knows about this movie:

2 - The way the story is told through random flashbacks probably pissed a lot of people off. i can understand how some viewers may feel they were “deceived” by what they saw … there is some deliberate misdirection happening to keep the viewer off balance and i can understand that some people may not like this.

3 - all the pedophilia, incest and overall sickness of this movie may be too much for some.

i can’t believe they rated this movie “13+” is that some kind of a Dutch rating system ? showing this movie to a 13 year old makes less sense than letting illegals vote.

this movie is definitely schizophrenic and on some level it makes no sense at all … yet viewed from another perspective it’s so good i don’t have the vocabulary to describe how good it is.

personally i choose to overlook the plot holes which were put there deliberately to make the movie flow as intended. those are completely irrelevant to the subject matter. the plot is not what matters in this movie - it’s the philosophical context.

you could rework this movie to eliminate the plot holes and all you would accomplish is make it more predictable - for what ? the plot holes are there on purpose so you won’t figure out what is going on before it’s time for you to understand it. i don’t see it as a flaw - i see it as a storytelling tool.

the whole thing is brilliant. almost certainly the most under-rated movie i ever seen. more under-rated than “snowpiercer” …

no it isn’t objectively perfect but why does it matter ? the quality of a film isn’t measured by things it gets wrong but by things it gets right. it’s a movie not reality - you overlook the parts that don’t add up and then you are rewarded with a powerful experience.

the main theme is valid, it’s powerful and it’s important - that’s what counts to me. the few aberrations in the way that theme is presented don’t bother me. and it is overall presented brilliantly anyway.