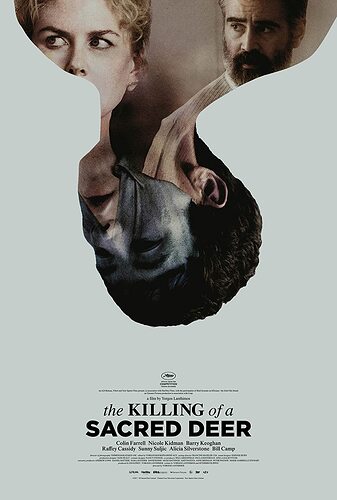 The Killing of a Sacred Deer: Directed by Yorgos Lanthimos. With Barry G. Bernson, Herb Caillouet, Bill Camp, Raffey Cassidy. Steven, a charismatic surgeon, is forced to make an unthinkable sacrifice after his life starts to fall apart, when the...

From it starts there is…this tension in the film, an atmosphere of dread, a palpable feeling of oppression…a growing weight you feel but can’t see or touch.

(There is a Sissy Spacek film called In the Bedroom, that has…weight in it. But that film has a heavy blanket of grief…this film puts on a sack of stones on your back…hard and grinding and unforgiving).

I had to pause…I know I couldn’t watch this unbroken in a theatre.
Too hard.

Russian…you are not well in the head.

Its best if you know the Greek myth to follow it…Agamemnon and the sacred deer…but there is a scene of Kidman kissing Martin’s feet solely to give watchers a more familiar context to appreciate it.

It is a re-telling of a myth.
A doctor’s drunken error kills a man.
He tries to atone for his mistake…no more alcohol…complete and utter focus on doing everything right.

He becomes a robot, a husband robot, a doctor robot, a father robot.

Of course it doesn’t work.
The life drains from his marriage…his relationships - his children…

Blood calls for blood.
Eventually, the sacrifice is made, and all is well.

I know, Russian, I’m a wuss…but it was hard to watch.

Let me run away a little…brilliant acting from everyone, Farrell and Kidman are…unreal.
The director is not well in the head.

Alicia Silverstone was hot in her young days…good to see her again…at least she lost the weight.

I can’t imagine this making any money.

I can’t imagine this making any money.

i don’t think they made this movie for money.

remember there is an agenda to destroy the family.

this is why all these sick movies are made.

of course everyone must find their own balance.

on one extreme there are happy people that go to church with their family, watch sportsball, eat mcdonalds, take their insulin and MRNA shots and never think bad thoughts.

on other extreme there are people who lose control over their dark thoughts and end up shooting up a school.

everybody must find their own balance between these two extremes. i think many people would benefit from talking to a therapist. therapists aren’t just for mentally ill - i really think more people should be seeing them.

Again, like Midsommar, there is a need for catharsis…a scapegoat to take away our failures…our sins.

Traditionally the West was Christian, but these films give you Greek and pagan resolutions to these crises.

If we had community, we wouldn’t need therapy…or so much of it.

What was so disturbing about this film?

Inversion.
One should bear the penalty for one’s own failures; not someone else.
A father should protect his family, even at the cost of his life.
He should not slay his son to atone for his failure.

The family presented is an anti-family: a business.
The CEO stays, workers go. Cost-cutting to preserve the business.
Eeenie, meenie, miny, moe.
Wife, son or daughter goes
The guilty party…the negligent homicider, the kidnapper…
He chooses who lives or dies.

If this film was made in the 80s or 90s, the doctor would have paid the price.
He probably would have had sex with the widow too.

well at least there was a hand job.

you can’t even get that in a Nolan movie

Well. Nolan did have a little, a few seconds, in the last Batman movie.

the surgeon looks like some kind of diversity hire: 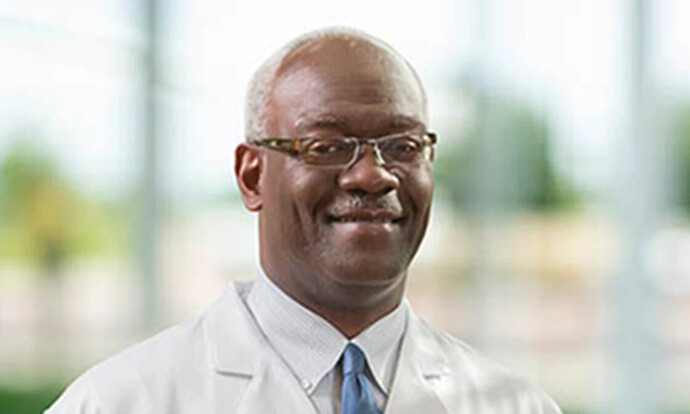 the surgeon looks like some kind of diversity hire: