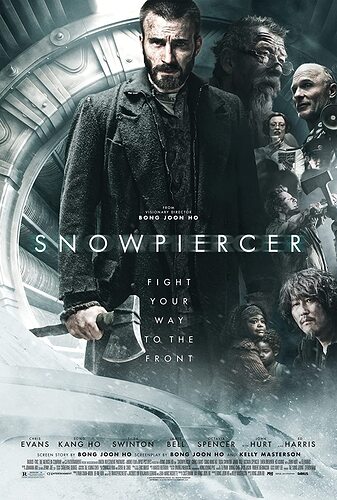 Snowpiercer: Directed by Bong Joon Ho. With Chris Evans, Song Kang-ho, Ed Harris, John Hurt. In a future where a failed climate change experiment has killed all life except for the survivors who boarded the Snowpiercer (a train that travels around...

The elite truly view us as cattle.
And the place for cattle is the slaughterhouse…
Baby flesh…sweet tender baby meat on skewers.

Talented cattle can become ballers and entertainers.
The elite make Egypt of the Pharaohs look like a hotbed of meritocracy!
Every man in his place; the talented to entertain and to maintain.
Innovation is for the top.

All successful revolutions are sponsored from above.
Revolutions succeed; revolts fail.

The movie pulled its punches to spare the viewers:
the axe fights, and the Korean addict’s idea to go outside.

The axe fights would have been bloody stuff but the viewers could take it - a procedural change.

Conceptually, the movie would be different without the alternative of going outside. Curtis would have become the new head.
A few changes to the film would have given us the train going on with Curtis as head.

To beat the elite you have to become like them.
Fight your way to the front!

the system is the matrix. it is physically built out of your lack of awareness of it. the moment you become aware of it - it vanishes - like a dream vanishes the moment you wake up.

to step outside the train is to wake up from the dream. to become aware that the prison is self imposed.

and while it seems trivially simple it only takes a few decades of trying to do it ( to wake people up ) to realize it is actually impossible.

it’s not that they are viewed as cattle it’s that they ARE cattle. getting people to govern themselves would be like getting six year olds to pay their own rent. you could lecture them all you want about how it’s for their own good to take some responsibility but it is simply not happening.

they are happy to be slaughtered. they just want to believe the lie. most of them in fact think that there aren’t ENOUGH lies and demand MORE. they demand that in addition to politicians lying to them they also be lied to by women, by priests, by gurus and on and on.

these people cannot get enough lies. there is nothing they hate more than the truth. they will never consider reality for one second. they would rather die than face it.

What does Gilliam represent?

Plus he gave his arm to save stop the slaughter, which set Curtis on his path – scholarships, green cards etc?

Something else…Curtis had a choice…
keep moving forward with bitch-in-white as hostage or save his number 2.
Good ol’ Curtis kept his eye on the prize and kept moving forward.
Right there he showed himself worthy…
Eat the babies, kill the enemies and sacrifice your friend.
Elites don’t make it easy to join the club.

And your favourite…planned engineered shortages.
The further up you go, the fewer shortages there are.

i don’t think he necessarily showed himself worthy by sacrificing his friend but rather it’s simply that people who lack certain qualities don’t make it to the top / front.

if we look at Elon Musk he shares some of these traits - willingness to throw anybody under a bus. almost complete disregard for risk. maniacal drive to keep pushing forward. charisma. perhaps even some trauma - Elon doesn’t speak to his father because his father was basically not just sleeping with his adopted daughter but defended this behavior, said it was meant to be. Instead Elon’s mother always shills for Tesla and he’s close with his brother Kimbal as well.

if you liked Snowpiercer you will probably like “Parasite” from the same director, which doesn’t deal with these subjects directly but is quite good never the less.

the other movie from the same director i watched is “Okja” which is also good but it is a children’s movie.

what makes “Snowpiercer” unique is that it literally SPELLS OUT the meaning whereas other movies just flirt with revealing things.

Okja if i remember correctly is mostly English, but partially Korean.

anyway Okja is a good film for children ( it’s basically vegan propaganda for children, but it’s well done ) and “Parasite” is a good watch for anybody - whether they are political or not.

You had a post earlier about schools resembling prison.
I remember, years ago, decades ago, visiting the States.
I made the same observation…and thought nothing more of it…too young maybe.

Then the Snowpiercer school scene brought it back.
The true purpose of school: defend the system as is and destroy those who attack it.

(Granted, this is school for the elites, and they are its main beneficiaries. Also interesting to see how they are taught to look down on the lower classes).

It is not what is learned so much as the slant on it…
the perspective on it…
how to see it…
where to place that knowledge and how to see it…
the power to shape the perception of reality itself.

And then the media helps to keep that mentality baked in.
It is a wonder people even think differently.

Again, I can’t help but wonder…
what if this immense system of control was used to shape men for better and not for worse…

as i said before it’s cradle to grave.

Disney and Nickelodeon have been sexualizing children for a while ( Miley Cyrus etc ), with their audience having as many pedophiles as actual children … but now they have decided this isn’t enough and they will also push homosexual and other deviant agenda …

So it starts with cartoons, then continues in school, then with TV and it’s everything in between like Video Games and so on.

The brain mathematically is just an averaging machine. It averages all the inputs, and saves the mean value as “normal” value.

concepts like “good” and “evil” are arbitrary. all the brain can really do is average inputs.

when all the inputs are controlled ( and they are ) the “normal” will be whatever the elites decide it should be. 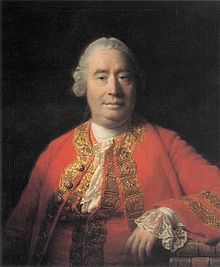 i don’t really know anybody except myself and people like Robert Greene, Nietzsche etc who are really above just passively accepting the environment as how it should be. people who actually study why things are the way they are instead of simply wishing they would stay the way they were before ( Conservatives ) or become what their “educators” told them they should be ( Liberals ).

as for using this power to shape men for better instead of worse … well what is “better” ? did you ever ask yourself where your ideas of good and evil come from ? they were given to you by the same people whose every word is a lie.

in fact these powers ARE already used to make men “better” ( whatever that means ! ). it’s just that it’s not YOUR idea of better but THEIRS.

the good news is THEIR idea of “better” is closer to reality than yours, because your ideas are mostly their lies anyway

you may have gotten your ideas from teachers, friends, family, church etc … but they also all got their ideas elsewhere … and if you trace these ideas all the way to their origins … they are all lies.

you judge everything by comparing it against these lies you hold dear to your heart and wonder why don’t elites design the world based on the same lies they taught me ? well because it would literally make zero sense.

as i explained here:

elites build the word based on objective reality while we judge them based on our delusions they gave us. this is why we think the elites are evil.

wait … but aren’t they going to kill us all ?

but what makes you think that’s a bad thing ?

you just think this is bad because you believe that life is a gift from god … but who told you that ?

they did ! ( back when their preferred method of control was through Church, before they invented public schools and television )

the rift we see in society, the generational divide between Old-Farts supporting Trump and college kids worshipping Obama is nothing more than a war between people believing the old lies and people believing the new lies. All these lies were given to them by the same liars.

it’s like when back in the day Christians and Muslims used to slaughter each other during “Crusades” etc. over the question of who has a better imaginary friend in the sky.

It is literally no different today.

people are dumb animals always were and always will be.

sometimes they just need to be culled, like now.

the one-arm old-guy in Snowpiercer is basically a grifter like Alex Jones, Tucker Carlson etc. he has a secure position by leading the resistance for the benefit of the Elites.

grifters simply tell people what people want to hear ( we are winning ! blah blah blah ) while pretending to “reveal” something ( the other side is EVIL ! ) while actually revealing nothing ( no mention of Jews etc ).

of course the people on Gab do talk about Jews … they are neither Grifters nor Morons - they are VIRTUE SIGNALERS.

The elite are depraved butchers who want less of us,
and those that remain are to be race-mixed, caste-separated, enthralled and degraded that we might worship them and obey their every command.

You want to see this?

it is unfortunate but what is the alternative ?

given freedom people will simply consume until everything is destroyed.

if you have a lawn you probably mow that lawn and use pesticides etc to keep it tidy.

that’s what the elites are doing.

humanity is their lawn.

given freedom people will simply consume until everything is destroyed.

Sadly…this is true.
People must be managed, and sometimes forced…
but the butcher shop seems to be where we are going.

Need an alternative…
Anybody with that device Luthor stole that could make a new continent?

Sadly…this is true.
People must be managed, and sometimes forced…
but the butcher shop seems to be where we are going.

if people could wake up the outcome would not be freedom but shared responsibility. unfortunately the elites can’t have that since they aren’t interested in sharing anything. they want all the perks to themselves and all the responsibility to the masses. nor would the masses accept it either since they have never been interested in facing reality. they will always vote for whoever makes the most empty promises and will never listen to anybody like me who has only bad news for them.