Midsommar - how to join a cult

Start with one young unstable impressionable woman with mental problems (she studies psychology & psychiatry) with a bipolar sister & throw in a major tragedy - group family suicide…and she wasn’t invited.

You have a bright, needy woman…who will she turn to…her boyfriend? Poor thing is burnt out after four years of being drained.
His friends don’t like her…and didn’t want her to go on the trip…not invited…So she has no real family.

Her little group, with a traitor within, has no chance of shielding her from the harvest cult…they see disturbing things but brush it off for their own purposes, which don’t include her. She keeps taking sleeping pills…and the cult drugs them from the very start.

Her boyfriend is being wooed, and she feels the distance growing. To cut a long story short, the strong group with clear rituals for dealing with death and betrayal and grief, shatters the fake group, gives her support, bonds with her in grief, and grants her status.

And most importantly, provides her with a scapegoat who bears all responsibility for the failure of her old life.

i didn’t try to analyze it logially like that. for me the movie was just about the feeling it creates.

for example how do liberals feel about conservatives ? how do children feel about their parents ?

it’s good to be able to analyze things logically as you did here but if we were all about logic somebody could just read your analysis and not need to watch the movie itself.

i want to develop emotionally, not just intellectually. i like movies like “Midsommar” because they give emotions a workout in a specific context …

my high school friend moved to Canada and joined the army there and told me that the training there is mainly psychological. basically watching videos of people getting slaughtered. because studies show that the number one thing that makes a soldier fail is not lack of strength or speed but psychological inability to pull the trigger and kill another human. so the Army uses film media as specific psychological training to try and prepare them for the horror of war.

this is what movies like “Midsommar” are to me. psychological training.

no i am not training for anything specific. it is more like a “general preparedness” fitness training ( this type of training is designed to build a foundation of fitness on which more specific training can build on ). but psychological.

a “stupid” person isn’t just somebody with low IQ but somebody who is weighed down by mental blocks. with some effort these blocks can be overcome but few people make this effort.

the strong group with clear rituals for dealing with death and betrayal and grief, shatters the fake group, gives her support, bonds with her in grief, and grants her status.

And most importantly, provides her with a scapegoat who bears all responsibility for the failure of her old life.

You analysis of my analysis - the lack of emotion - is spot on.
The truth is, I recognised the plot of the film.
It is a simplified adaptation of Thomas Tryon’s Harvest Home (1973).
I think Hollywood says “inspired by” in such cases.
They should actually make Harvest Home but people would probably then say it was inspired by Midsommar.
(Just checked IMDB - they did make a TV miniseries of Harvest Home).

So I knew what would happen, and what then stood out to me was family - the need to belong.

The Indian couple were psychologically healthy, they had to be killed or cast out.

The other men were ambitious and opportunistic. They knew each other for years, yet swiftly turned on each other for a PhD, and were willing to overlook the bizarre happenings.
This left them all vulnerable enough to be peeled off from the group one by one.

Lesson there for the rugged individualists, Libertarians etc.

i don’t think there was any way for anybody to come back.

there were really just two options - get assimilated or get sacrificed.

the girl had nothing to come back to and thus she got assimilated.

the lesson i guess is that people are tribal … they also pretend to be civilized and rationalize their tribalism as something else … but if you fall for it you will pay the price.

and if we see the villagers and 3rd world hordes and the anthropologist tourists as remaining whites the message is to get race mixed or get slaughtered.

get race mixed or get slaughtered

well the girl survived and her boyfriend’s genes survived.

their classmate was sent out on a mission to bring in fresh blood. this is actually common among real tribes - to kidnap women from neighboring tribes for the purpose of breeding them.

they weren’t trying to slaughter these outsiders, but to breed them. the inferior ones ( the three dark skin ones plus the idiot who pissed on the tree ) were slaughtered. but the two who were deemed acceptable quality were separated and integrated … in case of the boyfriend only his seed being used and the body discarded.

as for white people - the race isn’t going to survive. but your genes might if you play it smart.

if i wanted to perpetuate my genes i would impregnate as many healthy, sexy black girls as possible. the dark features of my children would protect them from getting genocided while their good looks and health would ensure their ability to reproduce.

as for white people - the race isn’t going to survive.

Russia? Ukraine? Greece? Italy? All gone?
What’s your time frame for this?

Greece and Italy are right next to Africa so they’re done.

what happens to Russia and Ukraine probably depends on outcome of this war.

As i keep saying i don’t understand the role or Russia and China - you seem to understand it better than me.

Big assumptions on my part:

Maybe it is cope.
Big assumptions after all.

Depends on the plan…
Is it primarily blending to mix everyone into oblivion while whittling down the population?
Or just crushing everybody down to peasant status, and the blending is just one of many means to do so?
I don’t know.

You mentioned castes.
The castes can form from a mocha blend, or they can be racial distinctions as well.
I am not sure…Egypt blended away entirely…while there were still Romans left…just not enough to keep it going.

The truth is, I recognised the plot of the film.
It is a simplified adaptation of Thomas Tryon’s Harvest Home (1973).
I think Hollywood says “inspired by” in such cases.
They should actually make Harvest Home but people would probably then say it was inspired by Midsommar. 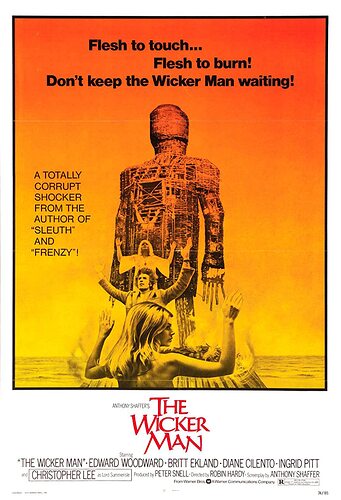 but apparently it’s not that simple: 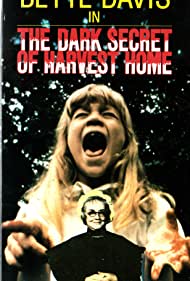 was very similar. I wonder which book was written first. "Most people are so ungrateful to be alive, but not you, not anymore"

what a mess LOL

everybody is ripping off everybody

but that’s good - that’s how it should be