i rate this movie “A” for Adorable 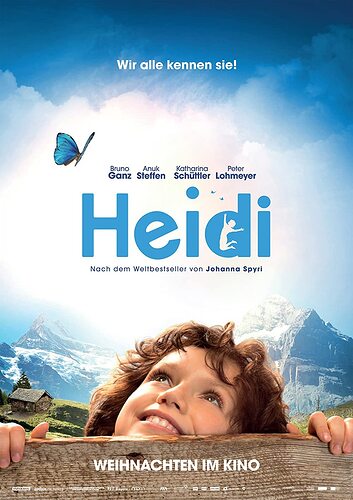 Heidi: Directed by Alain Gsponer. With Anuk Steffen, Anna Schinz, Lilian Naef, Bruno Ganz. A story of a young girl who lives in the Swiss Alps with her goat herding Grandfather.

this movie is for six year old German girls

or for six year old girls who want to read subtitles

the upside is two fold:

1 - it looks like an absolute fairy tale - every shot is beautiful - extremely well done.
2 - there is no woke shit of any kind at all - no blacks, jews, muslims, homosexuals - none of that shit.

every single person in the movie is white without a single exception.

there is no sexuality or violence at all and the closest the movie gets to abuse is when Heidi is told to stand in the corner for sneaking Clara out of the house.

this is a very mild movie for very small girls - something like Bambi but in German and set in the Swiss Alps.

if you ARE a very small German girl then the movie is great.

what i can’t figure out is - why the fuck did i watch it ? 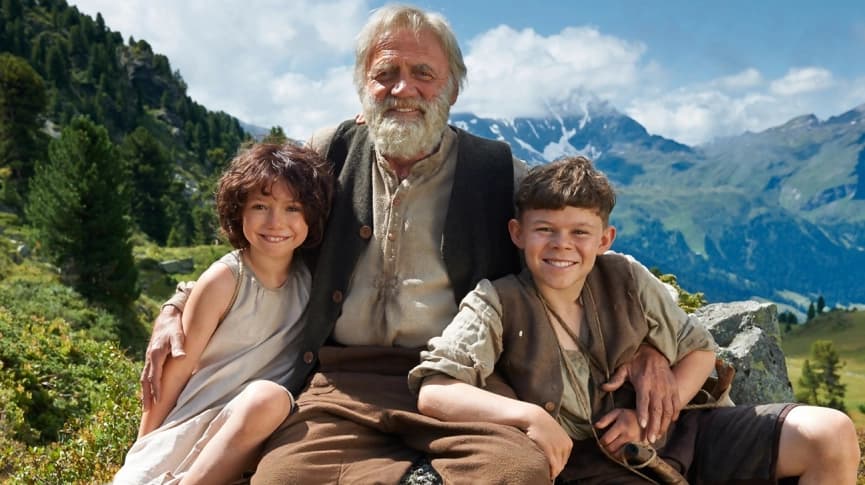 is played by LITERALLY HITLER ( the viral sensation from 2004 movie “Untergang” / “Downfall” ): 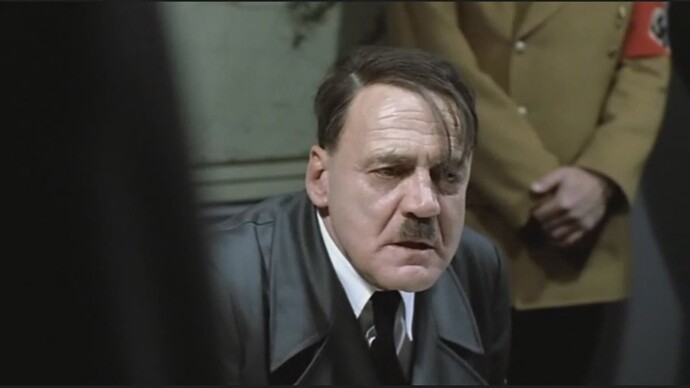 Actors are incredible.
The very musculature in his face is different!